Originally from St. Louis, Missouri, Jack attended Missouri State University and graduated in 2018 with a Bachelor’s degree in Spanish Language. During his university years, he studied abroad twice – in Salamanca, Spain and Brasília, Brazil – which allowed him to visit cities in Europe, South America, and Africa. He is fascinated with the way language is intertwined with culture, and sees travel as a means to experience that intersection organically. He has experienced just how much the world beyond the classroom has to teach to each student, and is ecstatic to be able to help facilitate future students’ experiences with world languages, cultures, and places. In his free time, Jack likes to read, study maps, speak Spanish and Portuguese, cook, and explore new places.

A Frankfort, Kentucky native, Morgan graduated from the University of Kentucky with a B.A. in Spanish and International Economics. During her time as a wildcat, she went abroad with ISA to Sevilla, Spain where she studied Spanish language and culture, and had the opportunity to travel throughout Europe and Morocco. After falling in love with international education, she returned to UK to become a global ambassador for ISA, working hand in hand with UK’s education abroad department to share her experiences and encourage fellow students to go abroad. Morgan is passionate about learning through life experiences and believes that travel is the best teacher. Her favorite destinations have been Sevilla, Rome, Alaska, and of course, Barcelona! Morgan is also passionate about music, her puppy Finn (and all other dogs), and watching sporting events – go cats! 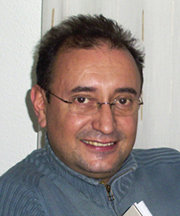 Born and raised in Madrid, Manuel Urí Martín studied at the Universidad Autónoma de Madrid, where he received his doctorate in Spanish Philology. He has taught as a professor at the Université Stendhal in Grenoble, France; at Carleton University in Canada and also at the Universidad Internacional Menéndez Pelayo in Santander, the Canary Islands and Seville. Manuel started working at ISA in 2008 and has been the ISA Resident Director in both Madrid and Barcelona during this time. His extensive work experience, passionate personality and sincere desire that each one of his students enjoy studying abroad, undoubtedly make him a great member of the ISA team. Manuel and the rest of the ISA Barcelona staff are dedicated to making your experience in Spain an excellent one. 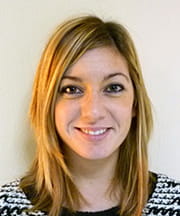 Cristina was born in Barcelona and graduated from the University of Barcelona with a Bachelor’s degree in Tourism and Management. Cristina has been working in ISA for more than 9 years, she is very passionate about her work as she enjoys helping students have the richest experience possible. In addition, Cristina speaks Catalan, Spanish, English, and some  French. In her free time, Cristina is passionate about Barcelona, its culture and nature, loves to spend time with her friends, traveling and trying food from all around the world! One of her best experiences was to travel to India with his grandfather and doing volunteering service with Fundación Vicente Ferrer, an NGO that works in Anantapur, the poorest area of the country. Traveling abroad has change her life and the way to see the different cultures. 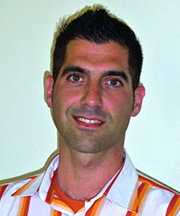 Daniel grew up in Washington, DC and graduated from the College of Charleston in South Carolina with a degree in Anthropology.  He has gained a passion for international education, travel, and cultural understanding through his own adventures throughout North America, Latin America, Europe, Asia and Africa.  As a college student, Daniel studied abroad with ISA in Granada, Spain.  Later in 2001, he joined the ISA Granada team then in 2008 he became the Resident Director in ISA Meknes, Morocco until 2017. Since then Daniel has been coordinating housing in Barcelona.  On his free time he enjoys biking, snorkeling, skating, hiking and yoga, however surfing is his obsession.  When there are no waves you can usually find Daniel relaxing in one of Barcelona’s many outdoor cafes. 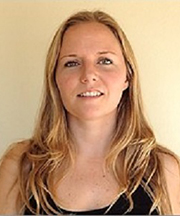 Although originally from southern Idaho, Janelle has spent most of her life living outside of the United States. Her first move abroad was at the age of seven, when her family moved to England and the Netherlands for a year-long sabbatical. Later on, she supplemented her studies with two study abroad programs: the first in Calgary, Canada, to study architecture and then with ISA in Barcelona. Before moving back to Barcelona in 2007, she graduated from the University of Idaho with a B.S. in Architecture and a B.A. in Spanish. She found her calling as an ISA director in 2010, and since then has enjoyed managing the Student Care Department. In her free time, she enjoys travelling, dancing, cooking and riding horses, and is always open to new experiences! 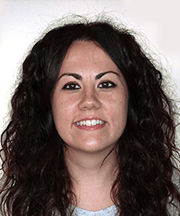 Originally from Cordoba, Spain, Mariloli has always been interested in foreign languages. She studied English Philology at the University of Granada, where she had her first interactions with international students. In 2014 she was an Erasmus student at the University of Birmingham, UK, an experience that increased her interest in learning languages and different cultures. Mariloli also improved her English during summer language programs in San Diego and Malta. Once she graduated, Mariloli continued her experience abroad. First as an Leonardo Da Vinci intern and then as a Spanish language assistant in Italy. After that, she returned to Granada to get a master's degree in Teaching in Secondary Schools. Mariloli loves cooking, sports, music, travelling, photography and to make the most of living in Barcelona, where she has lived since 2010. 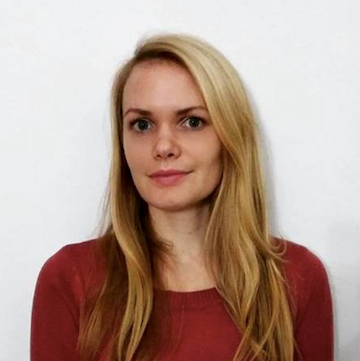 Danielle was born in the foothills of the Appalachian Mountains and has lived in various parts of the United States, France and now Spain. She first studied abroad in Paris, France when she was just 15 years old and there she developed a taste for learning new languages and exploring different cultures. Over the years she has participated in many study abroad programs in various countries around the world and has earned a B.A. in International Studies from Maryville College and a M.A. in International Education from SIT Graduate Institute. In 2015, she took a leap of faith and moved to Spain, where she plans to settle down. In her free time she enjoys listening to live music, hiking, camping, sailing, paddle surfing, and BBQ-ing on her balcony. 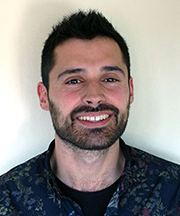 Born and raised in Barcelona, Cristian has a Bachelor's degree in Political and Administration Sciences from Universitat Pompeu Fabra. During his studies, he spent five months in Poland as an Erasmus student and had the chance to learn a bit of the language, traveling around the country and enjoying the magical city of Krakow, where he lived. This remarkable experience abroad helped him realize how much he likes speaking other languages and led him to work at different tourist attractions in Barcelona. Now at ISA, he enjoys helping students make the most of their stay at his hometown. Cristian loves to discover new spots in town, hanging out with friends, traveling, music, history and animals. 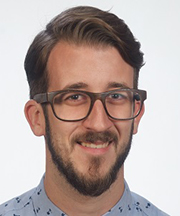 Walter spent most of his life living in Mataró, a town on the coast north of Barcelona, but came back to the city shortly after university. After completing his Humanities degree at the Pompeu Fabra University, he also achieved a postgraduate degree in Music Business at the same university. He loves music and production and whenever the occasion arises, he enjoys getting on the microphone and singing some R&B. While working at the famous Liceu theatre in Barcelona, he discovered a profound appreciation for opera and a new interest in sharing his culture with people from other countries through music. Walter takes pride in helping students while they are far from home and hopes to help them discover the beauty of Barcelona. 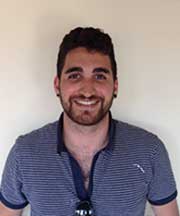 A Barcelona native, Víctor has spent the last few years travelling the world and discovering other cultures. As a lover of the arts with a passion for cinema, he completed a Master of Fine Arts in Belgium after participating in an Erasmus Program in Communication. He also had the opportunity to live in Bulgaria where he took part in the Tridoc Project – a multicultural exchange program aimed to introduce young filmmakers to new cinematographic horizons. He has been living between Brussels, Barcelona, and Paris the past few years, combining his artistic life with working at ISA. Nevertheless, roots are no easy thing to leave behind, and Víctor is now settled back in his home city and favorite place to live. He is excited to help study abroad students adapt and enjoy wonderful Barcelona!

Judit was born in Barcelona and recently graduated with a Bachelor’s Degree in Advertising and Public Relations from the University Pompeu Fabra. She did an internship in Fundació Indera, a small NGO in Barcelona, where she stayed as a volunteer for a year. This gave her the opportunity to travel to places like Georgia, Bosnia & Herzegovina, and Czech Republic, where she had the chance to meet and live with people from other European countries. She loves traveling and meeting new people, and every time she has a chance, she gets on a plane. Her love of travel has led to a love of learning languages; Judit can speak Catalan, Spanish, English, some French, and is currently learning Italian too. Apart from traveling, she loves watching T.V. series, going to concerts, and hanging out with friends.

Originally from the Dominican Republic, Karla has a degree in Hotel Administration, with Master's Degrees in Hotel Management from the Center for Tourism Studies (CETT) Barcelona and People Management from the Lluis Vives Business School of the Chamber of Commerce of Valencia. As a professional with 10 years of experience in the world-class destination Punta Cana, she has collaborated in sectors such as Hospitality, Airport, and Higher Education. Passionate about higher education and intercultural experiences, she has been an Academic Coordinator and Commercial Manager of the Universidad Iberoamericana (UNIBE) Recinto Cap and has led the management of Training & Organizational Development in hotel multinationals such as Melia Hotels International and Hard Rock Hotels. Karla believes that promoting high-quality educational experiences and intercultural activities are essential to prepare professionals in today's globalized world.