Indigenous Communities: The Amazigh (Berber) peoples, are the predominant indigenous group in Morocco. During French colonial rule, the Arab majority and the Amazigh of the mountains were largely grouped and not differentiated. Since the independence of Morocco, the Amazigh tribes have experienced challenges in terms of land expropriations.

Languages: In Morocco there are two official languages, Arabic and Amazigh. Though not an official recognized language, French is widely spoken across. Spanish or French are also occasionally heard.

Race & Ethnicity: Morocco is a very ethnically homogenous country with 99% of the population identifying as Arab-Berber. Ethnic identity is strongly entwined with linguistic identity, so genetic ancestry (or perceived ancestry) may be a secondary determiner of identity.

Religion: The national religion of Morocco is Islam. 99% of the population is Muslim with Sunni Islam being the most commonly practiced branch. Other religions in Morocco with significantly smaller populations include Christianity, Baháʼí Faith, and Judaism, Religious freedom is lawfully granted to all, but religious groups other than the nationally-recognized Islam may experience societal discrimination and governmental obstacles.

LGBTQIA+: LGBTQIA+ people in Morocco may face social and legal challenges. There is no legal recognition of same-sex couples, and there is no law against discrimination or harassment on the basis of sexual orientation or gender identity. Public attitudes towards same-sex partnerships and non-conventional gender expression range from confusion to open hostility.

Disabilities Access: Morocco can be difficult to navigate for people with physical disabilities. Narrow streets and rutted pavements can make mobility challenging. There is also not much infrastructure to support vision or hearing-impaired people in navigating the cities.

Indigenous Communities: Indigenous Communities: The Khoekhoe and San are the original communities of South Africa. Today the populations are largely mixed with other African, Asian or European ethnicities. Bantu-speaking communities arrived from the north roughly 1,800 years ago and their descendants constitute more than three-fourths of South Africa’s current population. Several distinct subethnic groups can still be identified, such as the Malays, who largely originated from Indonesian Muslim enslaved pepoles, and the Griquas, who trace their origins to a specific historical Khoekhoe community.

Languages: South Africa has eleven languages that hold official status: Afrikaans, English, Ndebele, Pedi, Sotho, Swati, Tsonga, Tswana, Venda, Xhosa, and Zulu. Of these, English and Afrikaans are the most widely spoken with English taking predominance given it’s use in government, educational, and formal business spheres. Additionally, there are eleven other languages being promoted and developed, including Arabic, German, Greek, Gujarati, Hebrew, Hindi, Portuguese, Sanskrit, Tamil, Telegu, and Urdu. Languages are spoken to varying degrees in different regions.

Race & Ethnicity: South Africa is a multiracial and multiethnic society. There was racial segregation in the county during the recent apartheid which ended in the early nineties. Implications of this system still exist. Language around race is nuanced in South Africa with people belonging to one of four racial groups – Black, white, Indian, or Coloured. Coloured people are multi-race, having mixed ancestry from Black and white, or sometimes Asian, people. Black South Africans are the largest racial group and the largest ethnic groups are the Zulu and Xhosa.

Religion: South Africa is traditionally a deeply religious country with high rates of participation in religious life among all groups. The population is overwhelmingly Christian with very small Jewish, Muslim, and Hindu communities. A large number of people follow independent African Christian churches, which vary in size from a few to millions of members. Discrimination based on religion is rare; freedom and tolerance of various religions is widely accepted and practiced.

LGBTQIA+: The reality for LGBTIA+ populations in South Africa is complex. The post-apartheid constitution outlaws discrimination based on sexual orientation and in 1996, South Africa even became the first national jurisdiction to include sexual orientation protections in its constitution. But although there are no legal restrictions against LGBTQIA+ couples, a large percentage of the South African population still believes same-sex relations to be immoral. 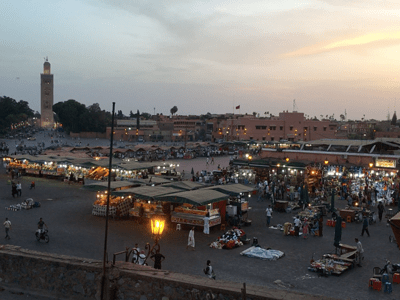 Being Black in Africa

In May of 2017, I began my study abroad program in Morocco. I spent the majority of my time in the heart of Meknes. The silhouette of the mountains hid behind... Read more 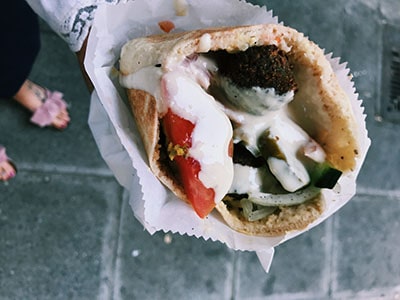 Food is important. And as a vegan, I wanted to be sure that the location I picked for study abroad would have enough convenient...Read more 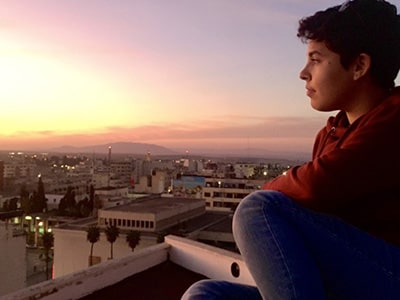 My Home Away From Home

For the first nineteen years of my life, whenever I was asked, “What ethnicity are you?” I always responded with, “I’m Moroccan!”... Read more