Indigenous Communities: Before gaining independence from the Netherlands and forming the modern state of Belgium in 1830, many European cultures, including Romanized Celts and Gothic Germans, had inhabited the land for centuries. Today, the Fleming in the north and the Walloon in the south are two of the most prominent cultural groups with the Fleming still working to gain equal status and political influence as the Walloons.

Languages: French, Flemish, and German are the three official languages of Belgium with French and Flemish being the most widely spoken.

Race & Ethnicity: Belgium is predominant racially white. Given Belgium’s colonial history and involvement in the transatlantic slave trade, the language and culture spread globally. This shared culture makes Belgium attractive for immigrants which as has also increased racial and cultural diversity, especially in larger cities.

Religion: Most Belgians identify as Roman Catholics with Protestantism, Islam, Judaism, Anglicanism, Islam, Greek, and Russian Orthodox Christianity, and secular humanism all officially recognized as well. Muslims are a growing group and have also seen an increase in aggression by conservative groups. Buddhism and Hinduism are not officially recognized, despite requests.

LGBTQIA+: Belgium is widely considered a safe place for members of the LGBTQIA+ community. There is a lot of social acceptance as well as progressive legislation.

Disabilities Access: Belgium is a relatively accessible location for people with varying level of physical ability. Though there can still be some challenges accessing older buildings and neighborhoods, many restaurants and much of the public transportation system is accessible.

Indigenous Communities: Some of the most prominent indigenous Japanese cultures include the Okinawans or Ryūkyūans and the Ainu. Among the indigenous communities there are many different languages and cultural features.

Languages: Japanese is widely spoken in Japan, with regional dialects varying across the country. Ryukyuan languages, known as indigenous languages, are also spoken in certain areas. English is also commonly spoken and most signage is in both standard Japanese and English

Race & Ethnicity: Over 97% of the population in Japan is Japanese, identifying either with one of the native groups or with the homogenous Japanese society. Small numbers of expatriates and immigrants live in Japan primarily from the Americas and Asia.

Religion: There are many religious temples around Japan though over 60% of the population identifies as non-religious. The two major religions in Japan are Shintoism and Buddhism, and even those who may identify as nonreligious will still honor ancient gods or ancestors at these public temples. Religion is viewed as highly personalized and is not as much of a tie to community as it is in the US.

Disabilities Access: Japan has made great strides in creating accessibility for people with varying levels of physical ability, especially in major cities. Certain ancient sites and more rural areas may not have the same level of access as the cities.

Indigenous Communities: Largely agrarian Korean cultures have existed on the land since ancient times. Though the current culture is very modern, many of the traditional values are maintained.

Languages: Korean is the official language of the country although English is also commonly spoken.

Race & Ethnicity: Korea is relatively racially homogenous, but the many ethnic groups create an ethnically diverse country. South Koreans have strong national pride especially as it relates to the divided North/South peninsula which has existed as two separate countries for under 100 years.

Religion: South Korea is mostly areligious, but Christianity makes up for about a 30% of the population and about 25% following Buddhist philosophies. Religion is not seen as a sensitive or deeply personal conversation topic.

LGBTQIA+: There is decent protection under South Korean law for the LGBTQIA+ community. Culturally there is not much visibility for the community and while this is changing with time there is still progress to be made. There are not as strict constraints to concepts of masculinity or femininity as experienced in US or Western culture.

Disabilities Access: Korea is a mountainous country and the terrain of many cities is hilly. As a result, physical spaces are at varying levels of accessibility for those with mobility limitations. Healthcare is readily accessible though mental health services vary greatly.

Indigenous Communities: Largely agrarian Thai cultures have existed in Thailand since ancient times. Thailand is the only Southeast Asian country that has not been colonized by a European power so it maintains a strong cultural heritage.

Languages: The official language of Thailand is Thai, although about 10% of the population do speak other languages, including Khmer, Lao, Malay and Burmese. Throughout the regional communities there are another 70 or so living languages used.

Religion: Over ¾ of the country identifies as Buddhist. Buddhism is more commonly seen as a way of life for Thai people than a religion.

LGBTQIA+: Thailand has some LGBTQIA+ protections under the law though more legislation is needed. The trans community particularly has little protection under the law and there are active barriers to gender recognition and transition. Simultaneously, Thai culture has a more fluid and layered history and modern view of gender itself.

Disabilities Access: Physical spaces are not as accessible to those with mobility limitations. Thai city centers tend to be very dense while the rural communities lack modernized infrastructure. Similarly, mental health services are varied.

Indigenous Communities: Dozens of Vietnamese cultures have existed on the land since ancient times. Cultural impacts of Chinese and French colonization persist though there is still a strong national culture.

Languages: Vietnamese is the official and most spoken language. English, French and Mandarin are also common.

Race & Ethnicity: Vietnam is largely racially homogenous. The population is about 85% Vietnamese with the reminder of the population mostly from other South East Asian countries.

Religion: Vietnam is primarily and officially atheist. Most Vietnamese people identify as atheist or non-religious with less than 20% practicing Buddhism or Christianity.

LGBTQIA+: Vietnam has few protections under the law for the LGBTQIA+ community. Although not illegal, homosexuality is still considered taboo in much of Vietnamese culture.

Disabilities Access: Physical spaces may not be entirely accessible to those with mobility limitations. City centers tend to be very dense and while the rural communities lack modernized infrastructure. Similarly, mental health services may be different than those in the US. 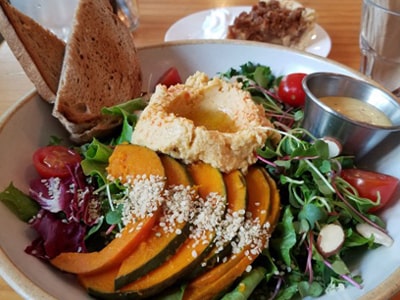 With cute aesthetics, delectable treats, and creative themes, South Korea’s dining scene is a feast for the senses... Read more 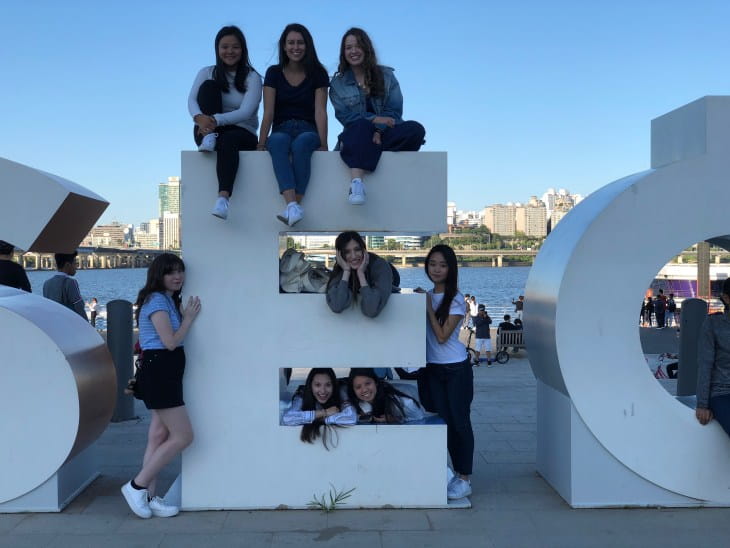 I would always look in the mirror and be unsatisfied with the girl staring back. She had the eyes of her American father...Read more 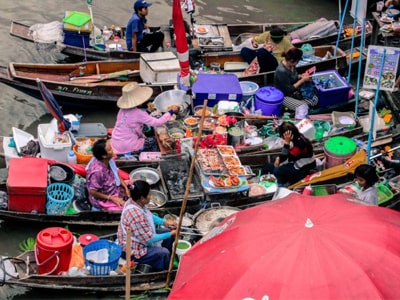 Veganism: A Comparison Between Thailand and America

Thailand: the land of smiles and flavors. In any given meal, a Thai tongue seeks to taste salty, savory, sweet, and sour all at... Read more