Indigenous Communities: Argentina has 35 Indigenous groups (often referred to as Argentine Amerindians or Native Argentines). 1.5% of the population self-describes as Amerindian or first-generation descendants. Due to stereotypes, many Indigenous people hide their identities to avoid discrimination.

Languages: Spanish is the official language of Argentina. Other important regional languages include Guarani and Quechua, and there are at least 15 indigenous languages. English is also prominent in Argentina, which is the only Latin American country characterized as "high aptitude" in English.

Race & Ethnicity: Argentina is predominantly white, with Mestizo or ‘mixed’-race Amerindians comprising the second most populous group. There is also a small population of Black Argentines, a legacy of the African slave trade during the colonial era and, more recently, some immigration from Brazil and Cabo Verde. Despite the relative homogeneity in Argentina, many Argentines are accustomed to international visitors.

Religion: Most Argentines identify as Roman Catholic though a smaller number of them worship regularly. There are also prevalent Protestant and Jewish populations and a small Muslim community in Buenos Aires. Pentecostalism continues to take root in rural and lower-income communities across Argentina. Over the previous three decades, New Age and Eastern religions have gained popularity among some middle and upper-class Argentines. People can feel comfortable openly practicing their faith in Argentina.

LGBTQIA+: Argentina is considered a friendly destination for the LGBTQIA+ community. Buenos Aires is even sometimes touted as the LGBTQIA+ capital of Latin America—the city has anti-discrimination laws that protect LGBTQIA-identifying citizens. Most provinces allow same-sex civil union, and there is a current movement to extend the full rights of marriage to same-sex couples.

Disabilities Access: Although Argentina is moderately developed and modern country, it lacks in its facilities for individuals with disabilities. Infrastructure for individuals with visual, hearing, and physical disabilities is rare. Wheelchair users may have a tough time finding ramps and even lowered curbs; sidewalks tend to be broken and craggy, even in major cities. Most hotels are not fully adapted for wheelchair use.
⇑ Back to top

Indigenous Communities: Chile is home to around nine different indigenous groups. The largest and most influential is the Mapuche, followed by the Aymara, the Diaguita, the Lickanantay, and the Quechua peoples. These communities were diminished during Spanish colonial rule—from the 16th to 18th century—and continue to fight for legal protections of their culture and lands.

Languages: The official language of Chile is Spanish. Indigenous languages, such as the Mapuche’s Mapudungun, are not officially recognized but commonly used in their communities. There are even some Mapudungun words used in regional Chilean Spanish.

Race & Ethnicity: Almost 90% of Chileans identify as white, with the remainder identifying as Indigenous. However, many Chileans are a mix of the two groups, so the country is not as homogenous as the statistics imply.

Religion: Chile is primarily Catholic because of the Spanish colonization. Indigenous communities practice earth-based spiritual traditions, and there are small communities that practice Judaism and Islam in the larger cities.

LGBTQIA+: Chile is a conservative country and there is a long way to go for LGBTQIA+ rights. Gay marriage is still illegal, and there are discriminatory laws against queer youth and transgender people. The capital city, Santiago, is the most progressive place in Chile and home to a robust LBGTQIA+ community.

Disabilities Access: Chile can be difficult to navigate for those with varying levels of physical ability. Without sufficient resources allocated to compliance, many public buildings are inaccessible. There is a push to improve public transportation but much of it remains difficult to access.
⇑ Back to top

Indigenous Communities: Colombia is home to over 100 different indigenous cultural groups. Given the impact of European colonialism starting in the 1500s, Colombia’s indigenous population currently makes up less than 5% of the country, though this number has grown significantly in the past thirty years. Indigenous communities still fight for recognition and support from the government.

Languages: Spanish, also referred to locally as Castilian, is the majority language with over 99% of the population speaking this primarily. In addition to this official language, there are 68 additional recognized languages including several indigenous languages, two sign languages, Creole, Portuguese, and Romani.

Race & Ethnicity: Colombia has a very ethnically and racially diverse population, comprised of Amerindians, Europeans, and Africans. The presence of European and African descendants is primarily due to the historical colonization and slave trade in the region. Despite their long histories as citizens of this area, both Afro-Columbians and Amerindians experience discrimination.

Religion: Over 90% of the population in Colombia practices some variant of Christianity. Because of the high population of Christians in the nation, you will see many ways Christianity has been infused into the local culture. A portion of the population identifies as non-religious, and Islam, Judaism, and Buddhism, among other religions, are commonly practiced in Colombia. Its indigenous communities also practice a variety of localized earth-based wisdom traditions.

LGBTQIA+: Colombia has extensive legal protections for LGBTQIA+ citizens that have significantly advanced in the past 15 years. Visitors will find that major cities are home to thriving LGBTQIA+ communities. Despite these protections, the community still encounters some discrimination.

Disabilities Access: While Colombia has put more attention and effort toward making the country accessible for those with varying levels of physical ability, the country still needs to establish a lot of infrastructure and community support. Most attractions, sidewalks, and even public transport are only partly accessible with ramps and other support is not always available. Major cities are the easiest to navigate for those with mobility support needs.
⇑ Back to top

Indigenous Communities: Though the land was populated by indigenous people before Spanish colonial rule, less than one percent of Costa Rica’s population now identify as Indigenous. Indigenous groups include the Huetar, the Maleku, the Bribri, the Cabécar, the Brunca, the Ngöbe, the Teribe, and the Chorotega. Although Costa Rica’s indigenous groups are legally assigned to protected reserves, the land is infertile and most survive through subsistence agriculture—they are among the country’s least economically stable communities.

Languages: Costa Rica's official and predominant language is Spanish. There are also at least five living indigenous languages spoken by the descendants of pre-Columbian peoples: Maléku, Cabécar, Bribri, Guaymí, and Buglere. Along the Atlantic Ocean in Limón Province, inhabited primarily by Afro-Caribs, an English-based creole language called Mekatelyu or Patois is spoken to varying degrees, as is English.

Religion: Costa Rica is a largely Roman Catholic country, and the church plays an important role in political debate and society’s moral beliefs. There is no separation of church and state, like in the U.S. Some Costa Ricans may not know much about other religions or may have misconceptions about them. Despite this, there are other religious congregations in Costa Rica such as Baptist, Methodist, Jewish, and Jehovah’s Witnesses. Additionally, the country’s indigenous communities practice a variety of localized earth-based wisdom traditions.

LGBTQIA+: Costa Rica is generally welcoming to members of the LGBTQIA+ community. Same-sex marriage, adoption for same-sex couples, and the recognition of transgender people's gender identity on ID cards have been legal since 2018. Discrimination based on sexual orientation is prohibited in employment and other areas. Though these legal protections are in place, there is still some stigma due to the strong presence of the Roman Catholic church.

Disabilities Access: The infrastructure in Costa Rica is not especially accommodating for people with physical mobility limitations. This is especially true in rural areas, where many communities do not have sidewalks and even fewer have ramps. In addition, Costa Ricans sometimes give nicknames to people based on their physical characteristics, including their disabilities. This can create space for prejudiced comments or even jokes about one’s abilities.
⇑ Back to top

Indigenous Communities: Prior to European colonization, the inhabitants of the Dominican Republic were primarily the Arawakan-speaking Taíno, a seafaring people who moved into Hispaniola from the northeast region of South America and displaced the earlier inhabitants.

Race & Ethnicity: Most of the Dominican Republic’s population, around 70%, are of mixed African and European (primarily Spanish) descent. Given the proximity to Haiti, Haitians also form a distinct cultural and linguistic group in the country.

Religion: Many Dominicans are nominally Roman Catholic. Recently, Protestant and other, non-Christian populations have grown, especially Jewish and Muslim communities.

Disabilities Access: The Dominican Republic does not have extensive resources available for people with disabilities. Many of the roads and sidewalks are not ideal for those with limited mobility, especially in rural areas. While the law prohibits discrimination based on physical ability and provides for physical access to new public and private buildings, the implementation of these laws is inconsistent.
⇑ Back to top

Indigenous Communities: Peru is home to many indigenous groups including the Inca, Quechua, and Amaya. Though these communities were greatly impacted by Spanish colonialization, they still largely influence modern Peruvian culture.

Race & Ethnicity: Peru is a multiethnic country with a mix of Indigenous communities and European descendants, as well as some African and Asian influences. About 60% of the population identify as Mestizo, or mixed Indigenous and white, and about 25% identify as only Indigenous.

Religion: Peru is largely Catholic, as a result of Spanish colonization. Indigenous communities also practice polytheistic spiritual traditions, which have influenced the culture and practices of Peruvian Catholicism.

LGBTQIA+: Peru is a relatively conservative country, and there is a long way to go for LGBTQIA+ rights. Though there are some legal protections for LGBTQIA+ individuals, discrimination is common, especially outside of urban environments.

Disability Access: Peru can be difficult to navigate for those with varying levels of physical ability. Without sufficient resources allocated to compliance, many public buildings and outdoor spaces are inaccessible. This is especially true in rural areas.
⇑ Back to top 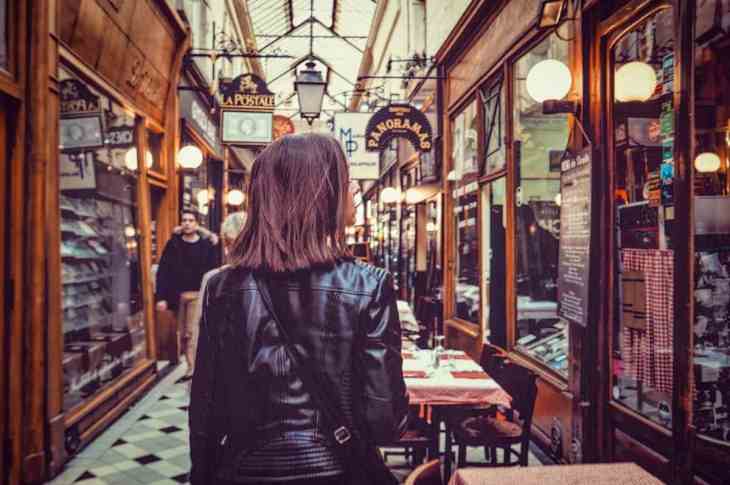 Hello everyone! My name is Maria and I am a student at the University of Florida who is solo-traveling through Peru this fall. Here are my top 5 tips for... Read more 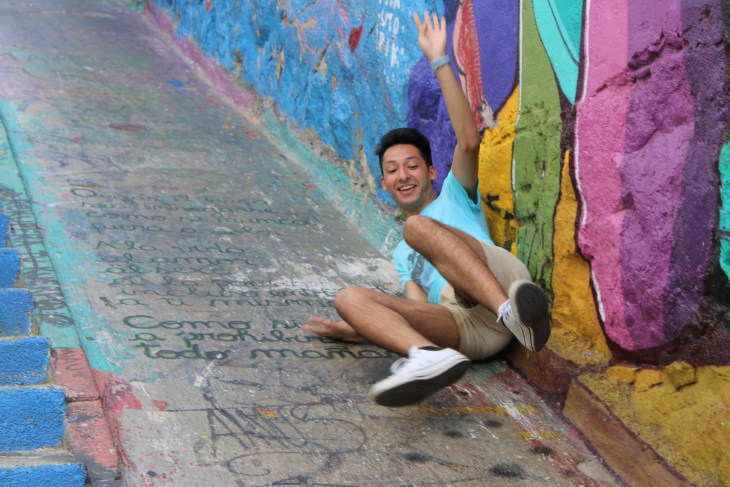 One of the biggest benefits of growing up in a Mexican/Latinx household is the fact that living with any other Latinx family feels… incredible and so natural...Read more 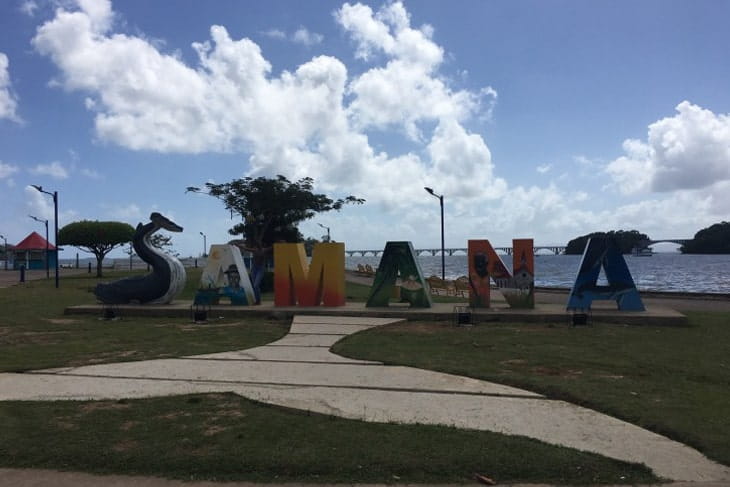 Over the years, more minorities are traveling the world and creating more blogs, Instagram pages, and ... Read more