Amy received a B.A. in Anthropology from the University of Miami, during which time she studied abroad in Granada, Spain for a year. She fell so in love with the Spanish lifestyle and culture that after graduating she moved to Barcelona to teach English for 3 years, and then moved to Japan to continue teaching. Amy loves working with students and feels strongly about cultural exchange. Inspired by her years abroad to help students experience the thrills of learning a new language and culture, she now works as the Barcelona Program Manager. In her free time, she loves biking, camping and hiking - all with her 'adventure' cat! 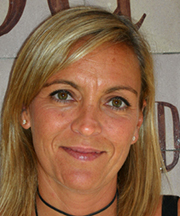 Marisa was born and raised in Granada, and returned home to join ISA after many years of international experiences. She lived and worked in Colorado for ten years where she taught Spanish at the University of Denver. Later, she worked as a foreign language teacher in Belgium (University of Louvain La Neuve) for seven years. She holds a bachelor's degree in English/Spanish language and literature, a master degree in anthropology, a Master in Second Language Acquisition and a doctorate in Pedagogy and Didactics (University of Granada). She has also lived and worked in England and Norway. Outside of work, she loves scuba diving, skiing, and spending time outdoors.

Originally from Jaén, Spain, Ángel moved to Granada to study Translation (Spanish, French, English and Portuguese). During his studies he spent his summers working and studying French in Antibes, France. There, he found his passion for educational tourism and worked as a European tour director for American high school students for seven years. He also worked as a researcher for some educational programs within the European community. Ángel joined ISA in 2015, where he worked first with the Granada programs and then as the ISA Meknès Resident Director in Morocco. Ángel is excited to be back with the ISA Granada team, where he can put to use all his knowledge and experience. He has lived 4 countries (Spain, France, Portugal and Morocco) and his hobbies include traveling, meeting new people, and playing sports. 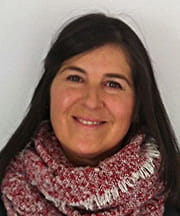 Born and raised in Granada, Laura started her international adventure during her college years as an exchange student, first in the UK and then in Italy.  Later she would hone her international skills with a summer internship in Chicago and another Erasmus year  abroad, this time in Siena. Laura joined ISA in 1997 and served as Granada Resident Director for over 10 years before taking on the role of Associate Vice President. She now oversees site operations in South Africa, Ireland, the UK and Italy. She leads many of our site visits and is one of our most seasoned professionals, having just reached her 20 year milestone as a team member. Laura has worked in many countries and loves travelling on her free time as well. She speaks fluent Spanish, English, Italian and French.

Lorena was born and raised in Granada and joined the ISA family in 2004. She earned a Bachelor’s in Spanish Language and Literature in 2002 from the Universidad de Granada (UGr). She also received a Master’s in Teaching Spanish as a Second Language and completed advanced coursework in Spanish Literature. Lorena is continuing her literary studies as a member of a research group at the UGr. She has been the ISA Granada Academic Coordinator since 2008 and loves working with students and encouraging them to improve their Spanish. Lorena also spent a month working for the ISA office at the University of Utah.  She loves animals, travelling, reading, listening to music, and spending time with her friends and beautiful family.